A comparison was done of before and after survey results for those who went through a leadership series cohort. Average cohort scores went up. Even better: of the engagement leadership series participants whose teams were identified for improvement, 80 percent increased their scores in the next survey. I believe these engagement scores would not have moved as mush if not for TED*.” 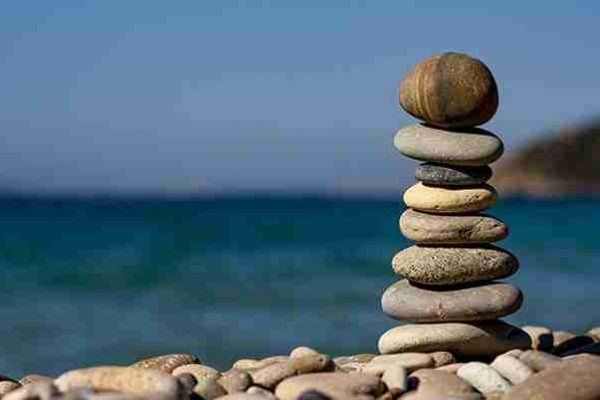 The 3 Vital Questions ® That Can Transform Organizational Dynamics

One of the largest and most respected hospitals in the United States, Cleveland Clinic is a nonprofit academic medical center that integrates clinical care with research and education. A key part of their mission is to further professional development, and integral to this is the Cleveland Clinic Leadership Experience. Headed by Chris Nagel, Director of Team and Leadership Development, the program provides training, facilitation, and coaching to develop the capacity of team leaders serving the Clinic’s 50,000-person workforce. It helps leaders develop the broader mindset and self-awareness that enable them to boost team engagement and work more efficiently in a complex and changing environment.

The Leadership Experience has been a successful, growing program since 2011. Chris was an early participant and that’s where he was first introduced to the TED* work. “When I started reading The Power of TED*,” he says, “my first thought was, ‘I don’t really have much drama, I’m good.’ By the time I finished the book, I realized drama was everywhere in my life, including at work.”

The TED* framework was incorporated into the Leadership Experience and became a highly valued component of the program. As participants experienced the powerful changes TED* helped bring about, its popularity grew. And when an organizational challenge arose, the TED* principles proved to be a significant part of the solution. The results of one of the Clinic’s regular caregiver engagement surveys highlighted the need for improvement in certain segments of the population. Among the top contributors to the low scores were stress, communication, and trust. Action was needed to address these issues and re-engage those who had given low scores.

THE RESPONSE: TED* AND THE 3 VITAL QUESTIONS

The leadership development team was tasked with designing a curriculum that would build team leaders’ skills and create the conditions for change. A five-month Engagement Leadership Series was launched for a small group of leaders and their managers. Chris knew the issues identified by the survey were a common source of workplace drama and that the unique TED* framework for shifting from drama to empowerment would be a great tool.

TED* principal facilitators David Emerald and Donna Zajonc were brought in. They introduced the TED* principles, along with the use of the 3 Vital Questions, to a group of engagement coaches. And they brought the TED* work to life with a deep dive on how to put it into practice. In fact, Chris thinks these “hows,” which give participants practical tools, are the most striking thing about TED*—and what keeps it from falling into “flavor of the month” oblivion.

THE RESULTS: ENGAGEMENT UP — BY A LOT

To verify what seemed to be the case anecdotally, a comparison was done of before and after survey results for those who went through the Engagement Leadership Series training. Average cohort scores went up. Even better: Of the participants whose teams were identified for improvement, 80 percent increased their scores in the next survey. Chris believes these engagement scores would not have moved as much if not for TED*.

Team dynamics have changed for the better, reflecting the changes team leaders have experienced. Approaching their teams from a place of empowerment, rather than drama, heads off conflict and promotes collaboration and creativity. It even improves efficiency. “Choosing not to be in drama saves time!” says Chris.

TED* continues to be a vital part of the Cleveland Clinic Leadership Experience. For many participants, TED* has become second nature, a kind of self-awareness that stops them from going into drama by asking one of the 3 Vital Questions or finding an alternative behavior. “We see people acting differently, talking to each other differently, and coming up with different outcomes than they did before,” Chris says. And this tends to carry over into their personal lives. People report positive changes in their relationships with family and friends. TED* can also be used to support the Clinic’s patients and their families, who are often in the midst of acute drama.

To date, TED* has touched upwards of 1000 Cleveland Clinic leaders—clinical and non-clinical, from frontline supervisors to directors. Cohorts of two dozen or so learn the TED* ideas and tools, practice them with their teams, come back and process what they learned, and go out and practice some more. TED* has become so popular through personal experience and word of mouth, that Chris gets a steady stream of requests from team leaders for TED* workshops. Some teams have even organized book groups to read and discuss The Power of TED*. And Chris’ own commitment to the work has led him to become a certified TED* practitioner.

TED* is now a common language and foundation of what we do in the Cleveland Clinic Leadership Experience,” Chris says. “When I’m coaching or facilitating, every hard topic we discuss seems to come back to a concept within the TED* framework. And we use the 3 Vital Questions constantly.” Recently, four leadership behaviors were introduced organization-wide:“I lead through change,” “I foster team work,” “I develop myself and others,” “I demonstrate character and integrity.” Chris found that TED* links to all of them. In fact, the 3 Vital Questions are being used to develop training materials around these behaviors.

Looking ahead, Chris is working with David and Donna to explore ways to expand TED* and the 3 Vital Questions to more of the organization. “David and Donna are not your typical consultants,” he says, “and that’s why this has worked so well. They are truly partners. They are not selling a product, they’re sharing a passion. And that makes all the difference.”

When practical advice meets profound, yet simple, explanations for human behavior, we can learn, change, and grow. The Power of TED* does just this, and beautifully.”

Receive our free Friday blog where we share powerful tips on transforming drama to empowerment.

As a special gift, you will also receive our popular two-page summary of how to shift from the drama triangle to The Empowerment Dynamic.

Thank you for subscribing! Enjoy your free gift.